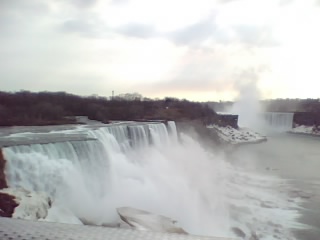 Out of devastation, there can be a new day dawn.

Out of destruction, there can come a new dream.

Shattered dreams lead to the newness God has for us!

It started with the 11’s.  On the 9/11 weekend, everywhere I looked I saw 11’s.  Learning more about biblical meanings of numbers, I found that 11 is a number of judgment.  Not surprisingly,  judgment has become the theme of most of what Holy Spirit began speaking to me following this.  It feels a little heavy to bear, but I am coming to a deeper understanding of the times in which we live, and of the God who is sovereign over all things.  I love Him and love His ways.

Soon after, He started speaking about the exiles.  Much of this is new understanding for me, as I have never been quite so deep in the Old Testament before.  It is exciting to have Holy Spirit truly be my teacher, just like He says He will do!

11 At that time the Lord will again reach out and take his people who are left alive in Assyria, North Egypt, South Egypt, Cush, Elam, Babylonia, Hamath, and all the islands of the sea.

After leading me to this scripture, He told me this,

Nearer and nearer we go to the time where the land is restored to its people.  Its rightful owners are on their way home to claim what belongs to them.  This I say to you now; not another day will go by before I begin to set things right.  I will not wait any longer for the devastation to come down on Egypt.  Look and you will see it coming!  These people offend Me with their barbaric deeds and lack of  respect for My people.  For I have chosen them out of all the world to be the people of their God.  And because I have chosen them, I will preserve and sustain them.

Because I have given them exile, I will also return them to their land and to Me – once and for all.  This is about to happen in the real – watch and see me at work in the lives of Egyptian commoners. To My disdain, they have forsaken Me for other gods and turned to Me for freedom, but not to be purified or made right with Me; only to feign a response to the devastation and destruction.

But I will have true peace and not hostility.  A hostile takeover will not accomplish My will.  I will bring peace to the nation of Israel once and for all.  Forever My name will be held HIGH ABOVE as ‘the GOD Who Saves Us’!  ‘Hallelujah!’ The people will cheer and shout My name!

Finally, they will come to the KNOWING and UNDERSTANDING of a FATHER who has loved them all along.  THIS time, says the Lord, is MY TIME.  And My people will not fail to respond to My voice.  They will drink with Me and not poison their souls any longer with the drink of other gods.  They will eat of Me and receive all I have longed to be to them.  Forever changed, this will create a NEW way of living everywhere – for them, as a NEW nation, and for ALL who follow Me and My ways.  JUSTICE is COMING and IS COME.

Then the Lord took me to Jeremiah 22 and said, Go down to the house of the King of Judah and speak this work…Do justice and righteousness and deliver from the hand of the oppressor him who has been robbed.

Judgment Against Evil Kings  – Jeremiah 22:1-9
‘This is what the Lord says: “Go down to the palace of the king of Judah and prophesy this message there: 2 ‘Hear the word of the Lord, king of Judah, who rules from David’s throne. You and your officers, and your people who come through these gates, listen! 3 This is what the Lord says: Do what is fair and right. Save the one who has been robbed from the power of his attacker. Don’t mistreat or hurt the foreigners, orphans, or widows. Don’t kill innocent people here. 4 If you carefully obey these commands, kings who sit on David’s throne will come through the gates of this palace with their officers and people, riding in chariots and on horses. 5 But if you don’t obey these commands, says the Lord, I swear by my own name that this king’s palace will become a ruin.’”

6 This is what the Lord says about the palace where the king of Judah lives:

“You are tall like the forests of Gilead,
like the mountaintops of Lebanon.
But I will truly make you into a desert,
into towns where no one lives.
7 I will send men to destroy the palace,
each with his weapons.
They will cut up your strong, beautiful cedar beams
and throw them into the fire.
8 “People from many nations will pass by this city and ask each other, ‘Why has the Lord done such a terrible thing to Jerusalem, this great city?’ 9 And the answer will be: ‘Because the people of Judah quit following the agreement with the Lord their God. They worshiped and served other gods.”

Well, this probably won’t get me invited to any parties, but that’s okay.  It is time to share the serious passion of the Lord for His people.  It is the most exciting time in the history of the planet!  The Time of Times is ever closer.  He who has ears, let him hear.