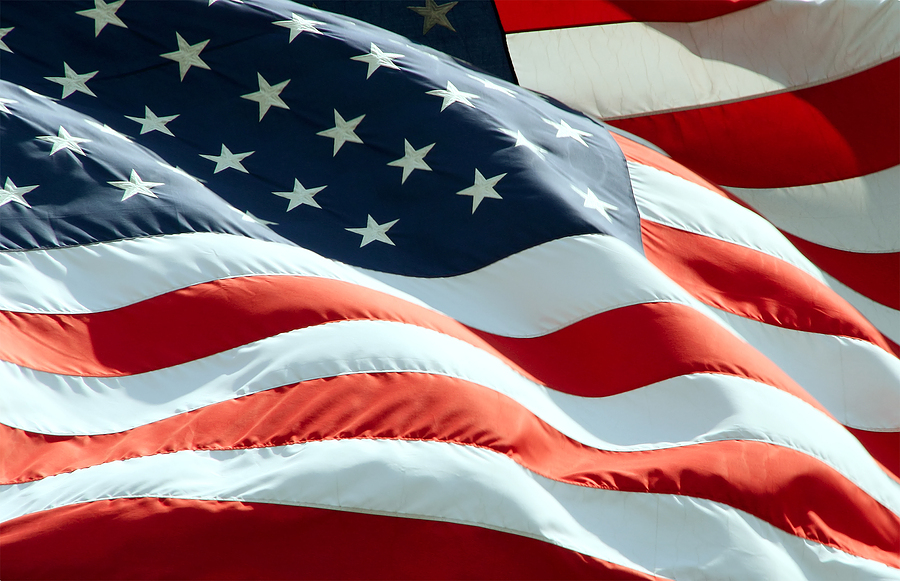 Beginning in May of 2016, I received a number of specific words, visions, and dreams regarding upcoming major world events. A new era of knowing the times was opened up to me as I could have never imagined. Lately, I’ve been feeling a holy tug on my spirit (and some confirming requests from readers) to repost a blog post series from my experiences with the Holy Spirit preceding the 2016 Presidential Election.

Over the next few days leading up to election day 2020, I plan to share these and other previously unpublished words. My hope is to bless and encourage you through these reminders that God is in it for us and with us. Regardless of what we might be able to grasp with our limited understanding, God will always lead us with love, wisdom, and pure revelation knowledge. My prayer is for blind eyes to be opened, hearts to be encouraged, and minds to be renewed in Christ.

Let me first qualify this word by explaining a few things to you.  The Lord spoke this to me on May 16th.  It was extremely clear, and as I wrote and received, I kept wondering exactly who Cyrus was in the Bible.  I thought I knew he was a King of Persia, but really could not place any specific information about him.  Further, I had not been closely following the  presidential race because the candidates have been hard for me to like.  Trump was especially offensive to me for various reasons, and I had avoided listening to him.  This word is not about a political party, nor is it intended to engage argument in any way.  Maybe all of this is exactly why I received this word; because I have no desire to be involved in anything political, but only to serve God as He calls me to do. All I know is it came as a very strong word of the Lord and I wrote it EXACTLY word for word as I received it, as I do every word He gives me.

Since we’re being real here, I had resisted sharing this even a couple of weeks ago when the Holy Spirit reminded me to publish it. I do believe this gives me a certain understanding of how to pray for Donald Trump,  for our country and world, but I just didn’t want to get into all of the mess. Obviously, I can no longer resist sharing, as I must be obedient to ALL the Lord requires, and not just the easy things.

As of today, as I have quietly shared with a only very few people, my sister tells me she shared it with a man who said he had heard the Cyrus/Trump word from others. Intrigued, I searched and found that, indeed, it is something others have been given by the Holy Spirit! In fact, I ran onto a couple of articles measuring these prophetic words with skepticism. Definitely, I advocate that you pray for and exercise careful discernment when hearing prophetic insights, but I am now compelled to say, ‘Wait! I heard this too and I KNOW with certainty it is the word of the Lord!’ Sharing in obedience and in confirmation of the word that has been brought out in these circles, I realize it is time. Trust me, I have NO political agenda. I trust God with all of His doing, and in all of His ways, HE IS PERFECT and GOOD!

(Thanks for hearing me out as I FINALLY get to the point!)

I am reminded that God Himself sets up Kings and Rulers, all for His purposes and for His ultimate GLORY.  GLORY to GOD and WHO HE IS and WHAT HE DOES! He clearly tells us this in Daniel 2:21(MSG) ~

“That night the answer to the mystery was given to Daniel in a vision. Daniel blessed the God of heaven, saying, “Blessed be the name of God, forever and ever. He knows all, does all: He changes the seasons and guides history, He raises up kings and also brings them down, he provides both intelligence and discernment, He opens up the depths, tells secrets, sees in the dark—light spills out of him! God of all my ancestors, all thanks! all praise! You made me wise and strong. And now you’ve shown us what we asked for. You’ve solved the king’s mystery.”

Here is the word of the Lord that came to me the morning of May 16th, as I was awakened out of sleep with the loud words,

I quickly got up to write as so often this is how the Lord leads my writing.

TRUMP CALL!  Trump is My Cyrus. Yes, you heard Me correctly!  He is the man who will reveal Me in many ways.  And as he does, all will see Me in a new way!

THIS man (as Cyrus) who does not know Me, means well. And not for his own gain, but “for the people” he truly does purpose.

His stand is a GRANDSTAND, but his heart is in its place as he has NO NEED for place, order, favor, or money.  He has already been those things to many and so his breaches are sealed.  There is no other reason, but to serve his country, and true now, his God, as I will use him for My purposes.

As the Lord expounds on His words to us as we seek to know more, He has given me the impression to go along with these words, reminding me of the many places in His word where He uses the ‘Trump Call’, or TRUMPET CALL. (I actually thought that is more along the lines of what I was receiving when He first woke me with those two words).

In many places in the bible, you can easily find the CALL to ARMS and CALL to BATTLE, He also is giving to us in this time. This impression lines up with MANY words I have recently received and will share soon.

Zechariah 9:14 The Lord shall lead his people as they fight! His arrows shall fly like lightning; the Lord God shall sound the trumpet call and go out against his enemies like a whirlwind off the desert from the south.

Judges 3:27 When he arrived in the hill country of Ephraim, he blew a trumpet as a call to arms and mustered an army under his own command.

Judges 6:34 Then the Spirit of the Lord came upon Gideon, and he blew a trumpet as a call to arms, and the men of Abiezer came to him.

Lastly, another absolutely IMPORTANT KEY in the TRUMP CALLS that God gives His people is found in Joel 2. Over and over, everywhere we are hearing this CALL to fast and pray, call to the solemn assembly.  Listen, CHURCH! Lay aside the traditions and religion, set yourselves apart from the worries of this world, and go to Him in the posture of prayer and fasting!  Seek His face and He will lead you in prayer.

“Sound the trumpet in Zion! Call a fast and gather all the people together for a solemn meeting.  Bring everyone—the elders, the children, and even the babies. Call the bridegroom from his quarters and the bride from her privacy.

The priests, the ministers of God, will stand between the people and the altar, weeping; and they will pray, “Spare your people, O our God; don’t let the heathen rule them, for they belong to you. Don’t let them be disgraced by the taunts of the heathen who say, ‘Where is this God of theirs? How weak and helpless he must be!’”

Then the Lord will pity his people and be indignant for the honor of his land!  He will reply, “See, I am sending you much corn and wine and oil, to fully satisfy your need. No longer will I make you a laughingstock among the nations.  I will remove these armies from the north and send them far away; I will turn them back into the parched wastelands where they will die; half shall be driven into the Dead Sea and the rest into the Mediterranean, and then their rotting stench will rise upon the land. The Lord has done a mighty miracle for you.”  ~Joel 2:15-20 (Read all Joel 2).

Stay tuned in. He’s talking to you.