Vision of the Bronze Leg 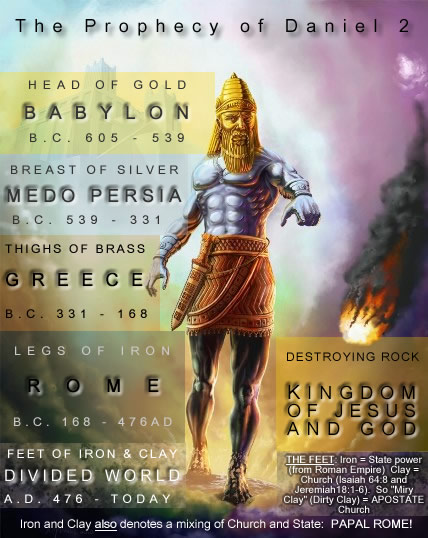 The first two weeks of October, the Lord woke me early in the mornings with strong words and visions.  I have been praying constantly for our nation and for the word of the Lord over us.  Not everyone wants to hear these truths, but you cannot hide forever!  The Righteous God calls to us to share the truth of Him.

He called to me, ‘GET UP!  Come and join the GREAT Cloud of Witnesses who are awakening in the night watch to come before Me and pray for the nations!’  I sensed a great deal of excitement in the heavenly realms and was immediately wide awake. He encouraged me, saying,  ‘Hurry! They are gathering to collect the prayers of all the saints in a bottle and to pour out at the altar all of those requests in Divine Communion with Me!’

I realized the excitement of the angels, and they were saying,  ‘Hold up – Hold up High  the prayers of the saints!  Glorify!  Satisfy!  Only the LORD IS GOD!  It’s happening!  It is real and more real than what you know in a day’s work!  THIS is what’s happening! ‘

The Holy Spirit said, ‘The angels are scurrying back and forth with messages to the throne – bringing them in, and carrying others out to Faithful Ones- Of faith and hope in the coming days and – Of prosperity and despair- balance and notice – All coming together at once in a HUGE KINGDOM CALL to ARMS.’

Then, I had a vision of a chariot. I was directly behind it. My view being from the back and low on the ground, I saw ONE perfect bronze leg step out of the carriage, set firmly on the ground.

Then I heard, THE STRONG MAN HAS ARRIVED!

This leg was perfectly toned, muscular, a glowing bronze color, and I was aware it was the left leg.  I saw one, and then looked for the other, but He only set down the LEFT leg.  I understood it was significant that He put down ONE leg, but did not immediately understand why.

I asked the Lord, ‘What does it mean?’  He answered,

“I have taken the FIRST step and Set My Foot down on the matter of the nations.”

Then He said, the saints and angels say together, ‘You will rule this nation once again, God!  Sovereignty is Yours! Sovereign is Your Name over all the earth!  Gladness reigns in the hearts of those who serve You, for together they are one in You and can come together with purpose and dignity – without shame or discord – for they are Your people and You ARE their God!’

‘Never once missing Your mark, You draw back the bow and take aim –  HIGH is the way of the Lord!  HIGH above all the earth!  NOTHING stops Him as He shatters injustice with TRUTH- splitting wide open the darkness in men.  Unyielding- Unwilling to wait any longer for TRIUMPH- HE reigns TRUE over all!’

He reminded me of Psalm 24-

Further, the Holy Spirit spoke, ‘It is time for a TRIUMPHANT GOD to put a stop to all of this nonsense of men in high places – to take back governments in His name and RULE over the nations.  There is nothing more incendiary than the prayers of the saints and thy are FIERCE and LOUD in My ears!  NATIONS Arise!  GET UP!  STAND HIGH ON MY MOUNTAIN! I AM COMING FORTH IN GLORY!’

He also told me, ‘October is a month of the birth of many forerunners.’  He called them, ‘New Year’s babies! ‘ September and October bring forth warriors and saints to battle anew!’

More about The Bronze Leg – As I searched for more on the significance of the leg being bronze, I found in Ezekiel 40, The man with the measuring rod for the temple who appeared as bronze.  Much of what I’ve been receiving lately is connected to the rebuilding of the temple.

In Daniel 10:6, we find the vision of the mighty man with bronze legs.  Also, important in the matter of His strength, He appears the same in Revelation 1:13-19;

“13 …I saw one like a son of man, clothed in a robe reaching to the feet, and girded across His chest with a golden sash. 14 His head and His hair were white like white wool, like snow; and His eyes were like a flame of fire. 15 His feet were like burnished bronze, when it has been made to glow in a furnace, and His voice was like the sound of many waters. 16 In His right hand He held seven stars, and out of His mouth came a sharp two-edged sword; and His face was like the sun shining in its strength. 17 When I saw Him, I fell at His feet like a dead man. And He placed His right hand on me, saying, “Do not be afraid; I am the first and the last, 18 and the living One; and I was dead, and behold, I am alive forevermore, and I have the keys of death and of Hades. 19 “Therefore write the things which you have seen, and the things which are, and the things which will take place after these things.”

Several times over the month, He has reminded me- HE IS the ALPHA AND THE OMEGA.  God is speaking to His people.  Hear what He says.  Our FATHER is willing and able to show us what is on His Mind, if we are only willing to spend time pursuing Him in prayer.