Visions of Rescue & Winds in the Oval Office 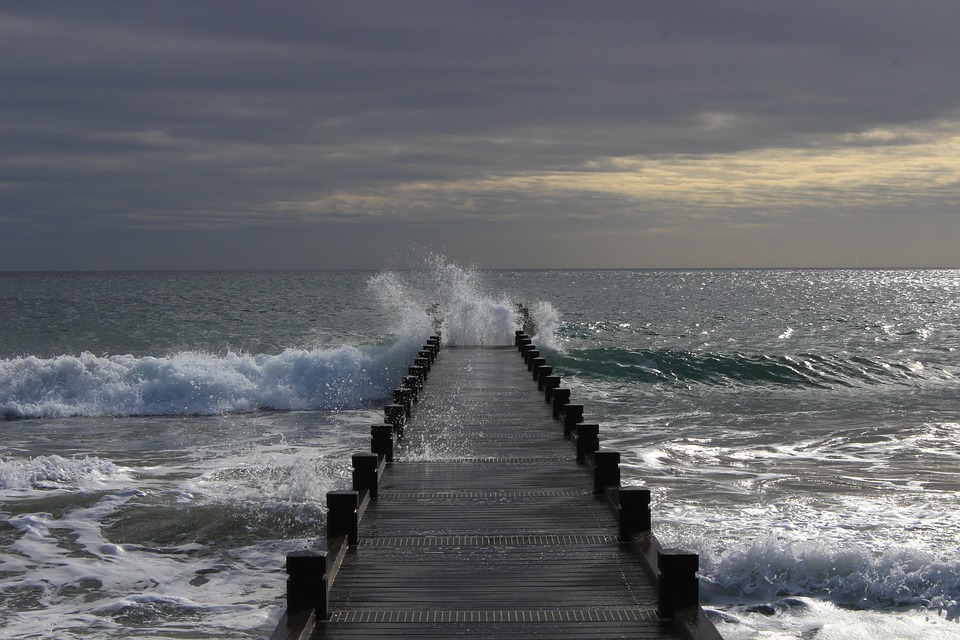 These visions and words are from a time of intensity in the Spirit last Wednesday morning.  As the Lord is ready and willing to pour out His Spirit on His people in these days, my constant prayer is to be able to receive for His purposes.

So much of what the Lord has been speaking to me lately has to do with Crossing Over.  I believe this is a significant time for many who are called as reformers where we will have to step out in greater faith in order to see the next wave of change in the church. God is bringing purification to His people and great increase. It is His work and we only need to commit to partner with Him, staying prayerful, in faith; knowing He will accomplish it by His SPIRIT.

I heard the Lord say,

I bridge the gap between poverty and wealth.

And I saw this vision. Jesus as a bridge between two jagged rock extensions.

He was stretched out, face down, and His feet were on one side and His hands held the other.

He impressed to my spirit that His feet stand on poverty and He holds the wealth in His hands.  I saw that His foundation was poverty, and willingly, He came down to us, laid down for us and continues to BE the BRIDGE we need to cross over into the wealth He holds in His hands!  He holds it all.  Everything.  More than you can imagine, as the entirety of all creation belongs to Him.  He desires that we trust Him to carry us across and over to promise.

A HAND REACHING UP OUT OF SWIRLING WATERS

Following this, immediately, I saw a hand reaching up out of swirling waters. It was the hand of one who was drowning, and it was reaching straight up for help. The Lord says He will rescue that one who is HOLDING OUT for HIM; that one who is reaching out in one last desperate attempt. He is mighty to save.

He is bringing people out of the dark and into the light, out of the depths of the overtaking waters and into fresh release of the waters that SHOWER over us with refreshing.

He is your GAME CHANGER- TABLE TURNER- WRONG RIGHTER- and above all things, RESCUER of the lost and dying soul. He will be faithful to rescue.

Pour out your heart to Him and cry out your desperate plea.  He will embrace and lift you above the circumstance and out of the swirling waters. And He said, The RIPTIDE will turn and the churning waters will subside. The current will change and you will be brought out victorious on HIS SHOULDERS. Overcome by GRACE and overwhelmed by love, EN-TITLED to HIM ALONE. And the Lord Himself is your inheritance, and In Him, you shall live on and on forever. Do not fear the one who cannot take your life, but only receive the One who GIVES eternal life and gives it readily. On this, you rest, JESUS is KING.

WINDS BLOWING AGAINST THE PRESIDENT

After this, I was led into prayer for the country and I saw President Trump and he was standing in the Oval Office and the winds were blowing INSIDE the office.  They were strong winds blowing against him, and he was standing very set and firm with his face toward the wind and I heard the Lord say, The winds of adversity will blow, but he will set his face like flint against the winds and he will be steadied by My Hand, says the Lord. And he will charge forward and will not resist the fight ahead, but will be restored.  Shattered rock, I will piece together in My image, and even the dust that falls off the rock, I make use of in MY GLORY.  He will be Mine – SET IN STONE -and I will dictate as I desire in him, and through him I will work great works over My nation (Israel) and by My Hand it will be done. Though shattered, I will restore and to its intended state of destiny, and not to the former state of glory, but BEYOND the former state of glory; for My sake, it will be done.

This is what the Lord is speaking to those who will hear.  He is pouring out His Spirit, seeking sold out worshippers and furiously passionate intercessors to stay with Him in prayer through all things coming in these very last days.  Crossing over into the wealth of all He has for us, Holding out for HIM ALONE to rescue us and trusting that He has set up the nations for HIS GLORY; ALL of these are great encouragement to stay tuned in to Him and focus on the goal.

“Not that I have already obtained all this, or have already arrived at my goal, but I press on to take hold of that for which Christ Jesus took hold of me. Brothers and sisters, I do not consider myself yet to have taken hold of it. But one thing I do: Forgetting what is behind and straining toward what is ahead, I press on toward the goal to win the prize for which God has called me heavenward in Christ Jesus.” ~ Philippians 3:12-14 (NIV)