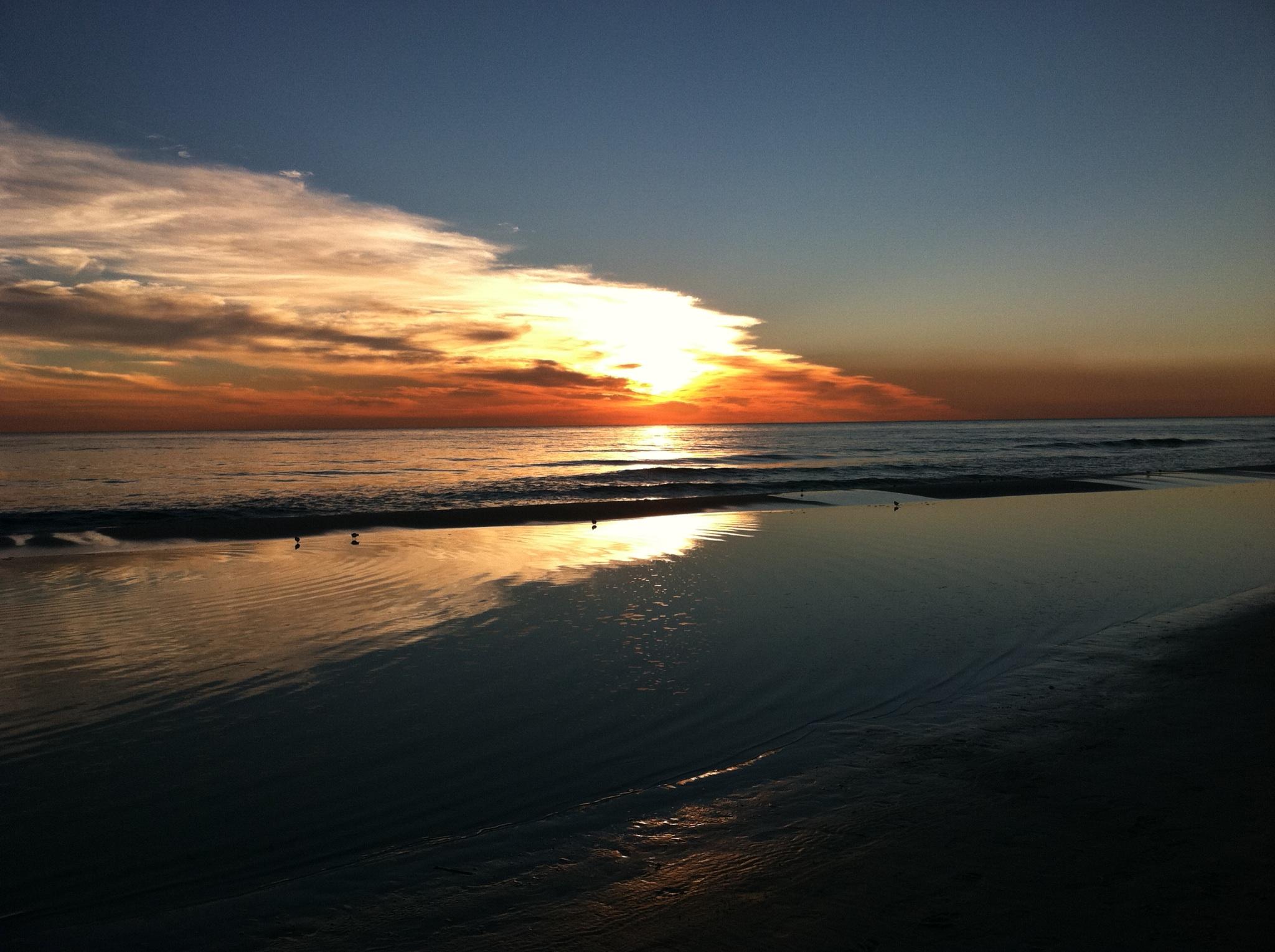 “Forever, O Lord, your Word stands firm in heaven. Your faithfulness extends to every generation, like the earth you created; it endures by your decree, for everything serves your plans.”    ~ Psalm 119:89-91, (TLB)

The knot in my stomach tightened as I took in the sermon notes by one of my favorite preachers.

His chosen topic was one with which I am intimately familiar.

Twenty-three years ago, my life was forever changed by it.

I could not even speak the word for the longest time.

So when I saw the sermon title, “Suicide: The Impact on Believers”,

I continued, knowing very well its impact on me.

A couple of points I wish to make clear before you read further are these:  I have always loved Dr. Charles Stanley and that has not changed.  I am reminded that as human beings, we are all bound to miss the mark at times.  The content of his sermon does not change my feelings toward him as a brother in Christ, but simply serves as good caution in my own processing and sharing of the Word of God.  Above all, I remembered how essential it is that we, as believers, take responsibility for what we hear.  We need to be seeking the Holy Spirit and God’s word for ourselves while considering what is being preached!

Suicide certainly does impact believers, but the mishandled Word of God has a greater impact than any single topic we may select for discussion.  I quickly realized the potential damage being done to innocent and trusting believers who may take on fear, doubt, and worry based on this widely published sermon.

My mind raced.  How could anyone entrusted with God’s word be this off base and insensitive? I ranted at God to see what was happening!  I called my friend and vented my anger.  I prayed my mom wouldn’t hear the sermon on television. (I later learned she had heard some of it and turned it off).  My anger rose when I considered the effect this would have on others.  I felt fiercely protective over my parents and my family.  I understood there were thousands of others who would feel this word digging at past wounds that floods of tears and years of time could not heal.  It was a sickening punch in the stomach.

I waited for my initial emotions to subside.  Aware that I am in the same position of trust, I did not want to fire off in the heat of my pain and anger.

Printing the sermon notes for study gave me a perspective of research that removed my initial reaction and helped me to begin addressing this total miss in a positive way. My desire is to shed the light of the truth on the matter.  And the truth is that the constant, pure love of God toward His children will never change.

I opened my Bible and studied the verses cited as support in the sermon.  As I studied, I remembered there was a time when I did not know this either.

Finally, I let myself go back to the day of my brother’s passing.  I knew without question the truth that the Holy Spirit had spoken to me on that day was something no man could ever erase.

Sadly, Dr. Stanley begins with a faulty premise about what suicide is.  Bound within a tight little box, this sermon includes seven reasons why people commit suicide, but mental illness is not addressed once in any of them.  It comes off as though the suicidal person sits down one day and gives all of his choices rational consideration, finally concluding that suicide is the best answer.  Anyone who has been close to one who suffers from mental illness will easily see this attempt at an explanation is oversimplified.  Dr. Stanley refers to people who are ‘somehow discouraged, depressed or suffering from devastating situations in terms of the decision they make, “…they decide to end it all by taking their own lives.”

This already narrow view of the topic took a major dive when he further attempted to share what he calls ‘the biblical perspective on suicide’.  There really is nothing biblical about any of the bullet points cited.  Every point listed is so far off of the word of God that I just kept shaking my head while I read it.  The ONLY reason I will share any of these is to offer the truth of the Bible to counter Dr. Stanley’s points.  I simply cannot leave this unanswered while people are being hurt by what he has stated.

He begins by noting the sixth commandment, ‘Thou shalt not kill’, saying the person who has committed this murder is disobeying God.  I’m not sure I even have words for this, so I will use some of Paul’s words,

“He (God) is the one who has helped us tell others about his new agreement to save them. We do not tell them that they must obey every law of God or die; but we tell them there is life for them from the Holy Spirit. The old way, trying to be saved by keeping the Ten Commandments, ends in death; in the new way, the Holy Spirit gives them life.”   ~ 2 Corinthians 3:6 Living Bible (TLB),

Are we seriously going to hold anyone to the old laws while we proclaim that Christ became the law for those who believe?  (Please, just no. Read Galatians.)

(Yes. That is what he said.)  This is where I kind of lost my mind. Ridiculous.  To say that someone who is suffering deeply is selfish and ungrateful is the most sickening thing I have ever heard.  Personally, when I tell you about my sweet brother, I will tell you that anyone who knew him would say he was the complete opposite.  He was the least selfish and most grateful person I have ever known.  He was a beautiful example of one who shares the love of God and treats others with extreme gentle kindness.  He was a believer in Christ and one who read Psalms as his comfort even in his last days.

I could refute each and every one of these assertions within context of the Word without even slowing down.  But my belief is that you probably could too.  Even though you may have never known anyone who has suffered through mental illness, please apply these to one you may know who has suffered from some other physical illness.  It is no different.  The stigma attached to mental illness is a result of our inability to view it for what it is; illness, the same as so many human afflictions.  Our compassion is often selective, saving this heart for those we can understand.  God help us.  After his son’s suicide, Pastor Rick Warren said in an interview with CNN, “There’s no shame when any other organ in your body fails, so why do we feel shame if our brain is broken?”  Why?  I do not know.  But shame often seems to be the view in matters of mental illness.

This may be part of a series of posts, as there is much to discuss.  For now, I will address only one of the statements made by Dr. Stanley under the heading of ‘biblical perspective’ as listed above.  He says that ‘suicide usurps God’s power’, ‘usurps God’s authority’.  This is particularly disturbing to me.

Humor me and remove the word ‘suicide’; put in any other word you choose.  Now, let that sink in.   Please comment below by telling me what you may have found that can usurp God’s power.  Is God sovereign or not?  He most assuredly is the One True and Sovereign God!  What can mere man do to usurp His power?  Dr. Stanley speaks of ‘short-circuiting God’s plan for your life’ as though we could.  Has something slipped past our God?  As the Holy Spirit asked me once while I was praying for him to see what was happening in a certain situation, “What is it you think I’ve missed?”

Yes.  He is a far greater God than our little human minds can grasp.  He is able.  He is sovereign.  He is pure goodness, mercy and grace. Nothing happens that God does not allow.  This may be a hard concept, but it is the truth.  If we can get something past Him, if I can act in a way that He cannot have power over, then He is not the sovereign, all powerful God!

Remember the former things, those of long ago;

The day of my brother’s passing is etched in my memory as the day the Holy Spirit gave the most immediate answer to any prayer I had prayed.  As nearly audible as His voice has ever been, He spoke into the very heart of my need.  And it was pure sweetness, even though it was not what I wanted to hear.I sat on the edge of the chair nearest the elevator on the floor where my brother had been admitted.  My legs would carry me no further.

I knew something was wrong, but did not know what.  So, I prayed.

‘Lord, tell me what is going on here. I need to hear it from you.’

His answer came instantly, “He is not here.  He is with Me.”

And I knew.  Somehow, my brother’s mission was complete.  As much as it may hurt, as hard as it is to understand, the truth is God has the final say.

As we consider these most difficult things, let us remember our comfort is in His constant, unchanging love.

The days of our life have been appointed.   “A person’s days are determined; you have decreed the number of his months and have set limits he cannot exceed.” Job 14:5 (NIV)

God holds everything together.  “For in him all things were created: things in heaven and on earth, visible and invisible, whether thrones or powers or rulers or authorities; all things have been created through him and for him.” Colossians 1:16 (NIV)

If I am going to err in sharing the faith, Lord.  Let me err by giving too much grace.

That’s what Michael would say.